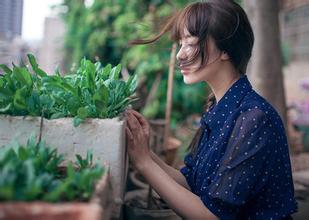 Blofeld spoke from the other end of the room. He spoke in English. He said, in a loud voice that boomed round the naked walls, 'Commander Bond, or number 007 in the British Secret Service if you prefer it, this is the Question Room, a device of my invention that has the almost inevitable effect of making silent people talk.

As you know, this property is highly volcanic. You are now sitting directly above a geyser that throws mud, at a heat of around one thousand degrees Centigrade, a distance of approximately one hundred feet into the air. Your body is now at an elevation of approximately fifty feet directly above its source. I had the  this geyser up a stone funnel above which you now sit. This is what is known as a periodic geyser. This particular example is regulated to erupt volcanically on exactly each fifteenth minute in every hour.' Blofeld looked behind him and turned back. 'You will therefore observe that you have exactly eleven minutes before the next eruption.

If you cannot hear me, or the translation that will follow, if you are a deaf and dumb Japanese as you maintain, you will not move from that chair and, at the fifteenth minute past eleven, you will suffer a most dreadful death by the incineration of your lower body. If, on the other hand, you leave the seat before the death moment, you will have demonstrated that you can hear and understand and you will then be put to further tortures which will inevitably make you answer my questions. These questions will seek to confirm your identity, how you come to be here, who sent you and with what purpose, and how many people are involved in the conspiracy. You understand? You would not prefer to give up this play-acting? Very well.

On the off chance that your papers are perhaps partially correct, my chief guard will now briefly explain the purpose of this room in the Japanese language.' He turned to the guard. 'Kono sag' ihm auf japanisch den Zweck dieses Zimmers.'

Kono had taken up his position by the door. He now harangued Bond in sharp Japanese sentences. Bond paid no attention. He concentrated on regaining his strength. He sat relaxed and gazed nonchalantly round the room. He had remembered the final 'hell' at Beppu and he was looking for something. Ah yes! There it was I A small wooden box in the corner to the right of his throne. There was no keyhole to it. Inside that box would undoubtedly be the regulating valve for the geyser. Could that bit of knowledge be put to some use? Bond tucked it away and racked his tired brain for some kind of a plan. If only the agonizing pulse in his head would stop. He rested his elbows on his knees and gently lowered his bruised face into his hands. At least that guard would now be in even worse agony than he!
PR